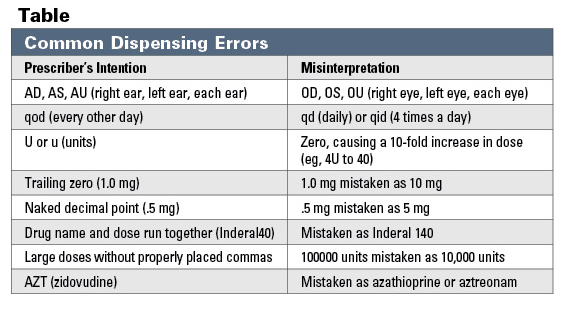 The price of some generic drugs that have been around for years are starting to climb again even after some relief in 2014. As you know with the Pharmacy Industry being a free market, big brand name Pharma companies can capitalize on their existing patent by driving up drug prices because no other company can provide that medication. Once this patent expires, generic drug manufacturers can then create this medication and sell it for a fraction of the cost. This past May, the AARP Public Policy Institute (PPI) released a report regarding drug prices that showed in 2013 there was a 4% decrease in the cost of generic drugs, which is the slowest rate of decline in the previous seven years.

About 27% of generic drugs listed in the AARP PPI had a rise in drug prices, and the price of 97% of brand name drugs increased. A common generic drug that caused “sticker shock” was Doxycycline Hyclate (100mg, 500 count) that went from $20 to a gut wrenching $1,849 in April 2014 (Trxade currently has it listed for $259.39 wholesale). Even though Doxycycline Hyclate has lowered since last year, it is still over a 1,200% increase from 2013. I spoke with a customer at the Pharmacy last week who said her generic birth control that usually costs $5, is now $35 a month. How did this medication become 7 times more valuable overnight?

That’s a trick question, because it didn’t! Even pharmacists are confounded by this change; “When we polled our members about a year ago, they were experiencing a rash of dramatic price increases for generic drugs,” says Kevin Schweers, a senior vice president of the National Community Pharmacists Association, which represents small independent drugstores. “Some of the rises occurred virtually overnight. And it continued to snowball and impact more and more medications” (aarp.org). Generic drug price inflation has been so steep lately, that the Senate Subcommittee on Primary Health and Aging held a hearing to investigate. There is no easy answer as to why generic drug prices have soared to double their original price and in some instances as we have highlighted have even risen to over 1,000%!

Some think it’s due to less competition from mergers, others believe it could be caused by an increase in production cost, but the majority of us know that it is most likely unfounded. Panic is starting ensue for the uninsured as they won’t be able to afford some of the generic medications they have grown accustomed to getting at a fraction of the cost, Medicare recipients will experience higher copays or higher percentages, and all taxpayers should be on alert as we take on the responsibility of paying half of the bill for all prescription drugs through government programs. There’s no easy solution on how to combat this unruly price inflation, but further government regulation, price transparency, additional competition (including China which we covered last week), and a simpler coverage system could help.

What would you do?

Last week we received a call from a Pharmacist that their patient’s medication had risen in cost and if they were to fill the prescription they would take a $200 loss. They called Trxade and asked us to find it lower for them through our suppliers and asked us to do anything we could so they did not have to tell this patient they could not fill the script. We were able to find it for $280 lower than their primary so not only did we avoid the negative reimbursement for this Independent Pharmacy, we made the transaction a profitable one.

What would you have done in this scenario?

In this scenario, our member took advantage of Trxade’s free concierge service by calling and letting our team find it lower for them. Saved them time, saved them from taking a loss and actually made a profit, and saved the patient relationship. A true win-win for all!

Will "Made In China" Be Good For The Pharma Industry?

In the past medications from China were looked down upon and not trusted by many physicians around the world, including their own Chinese doctors. These medications are completely unregulated and have not been approved by the Chinese FDA. On appearance alone, many of the medications look identical; however, these medicines are dangerous and even fatal partly due to a lack of expertise, a shortage of quality manufacturing facilities, a small pool of talent to choose from, and a slow approval process by the State Food and Drug Administration (SFDA).

Gradually they are raising the standards of their drug manufacturing processes. Some Chinese pharmaceutical companies are even partnering with American pharmaceutical companies to ensure better quality and a higher efficacy rate. These partnerships and the government’s efforts to incentivize privately owned businesses in China could revolutionize the pharmaceutical industry bringing costs down. Do you think this could have the potential to reduce drug prices in the U.S.? It does seem to be plausible.

Get an Additional $30-$50 on Diabetic Claims

The voice of the customer is extremely important to us. When you speak, we listen. Did you know that if you ‘TRxADE it”, you can not only save money on insulin, but you can also save money on complimentary DME products as well? Last week Courtney with Shellman Drugs in Shellman Georgia reached out to us to let us know due to TRxADE they are making an additional $30-$50 per claim by purchasing insulin, syringes, and test strips on the TRxADE buying platform.

TRxADE is your one-stop-shop for all your Diabetic needs. We compare prices for several insulin suppliers, but also for syringes and test strips as well including overstock from peer pharmacies where allowed by state law.

Courtney may look familiar as two weeks ago we received a testimonial that due to TRxADE’s savings they went their first week in years without negative losses on reimbursements!

Before you place your order with your Primary or Secondary TRxADE your order and compare pricing before buying! Save on medications especially with negative reimbursements. Many pharmacies have grown accustomed to rebates, high volume discounts or kickbacks. When you TRxADE it you get immediate savings, and hard cash immediately back into your pharmacy’s bottom line instantly. Stay profitable fellow pharmacies and join in our fight to ensure Independent Pharmacies Thrive, not just Survive! What are you waiting for? TRxADE it today!

All Trxade Suppliers Are Pedigree Compliant

What You Need To Know About Trxade’s Pedigree Compliance

Quick Version:
Have peace of mind that Trxade suppliers are 100% DSCSA compliant, and as always, we have you and your best interests covered!

With the new Drug Supply Chain Security Act (DSCSA) requirements and processes pharmacies must follow, Trxade makes this transition even easier. Trxade has reached out to each Supplier and confirmed each Supplier’s Pedigree process to ensure compliance. We are compliant, our suppliers are compliant, shop away with confidence!

Drug Safety Via Track-and-Trace, You Are A Key Component
Title II of the Drug Supply Chain Security Act (DSCSA) of 2013 created a safeguard for patients to ensure they receive uncompromised medications. This system makes drug distribution affordable, clear, efficient, and transparent. The DSCSA has created a 10-year plan that includes an interoperable system to protect patients through national serialization and traceability of pharmaceutical drugs. There is a series of steps to be taken to reach complete electronic traceability and serialization by 2023. It will require product identification, product tracing, product verification, detection and response to any suspect drugs, notification of suspect drugs to the FDA, wholesaler and third party licensing reports.

The first step of this system was rolled in January 2015

The second step of this system is going live on July 1, 2015

The fourth step is planned for 2020

Diane Darvey, the Director of Federal and State Public Policy for the National Association of Chain Drug Stores, states explains how this new process includes the entire supply chain, “It’s a shared responsibility and team effort. Pharmacists play an important role in that.”

TRAINING: For those seeking “FDA” training, the FDA has posted a 22 minute recorded webinar: “DSCSA Updates and Readiness Check: Requirements for Dispensers and other Trading Partners Webinar“.