In an April 15th roundtable discussion centered on the concerns of small business owners in Iowa, Hillary Clinton injected the issue of high drug prices into the conversation about healthcare costs. As MSNBC reported, Clinton said,

“We need to drive a harder bargain negotiating with drug companies about the costs of drugs.”

Currently, the government cannot intervene in drug costs in most cases, including Medicare. Clinton also noted as “the height of irony” that drugs developed in the USA frequently cost far less overseas.

How big an issue drug price inflation becomes remains to be seen, but the first shot has been fired, and with good reason.

Poll Shows Lower Drug Prices a Priority for Most Americans

In its most recent monthly tracking poll of the public’s views of the Affordable Care Act (ACA), Kaiser Family Foundation added a question, asking what should be the priorities for the President and Congress. The top two responses were:

While opinions of ACA were more evenly divided, a clear majority of all respondents made clear that they want the President and Congress to take action of skyrocketing drug prices.

As you might expect, new hepatitis C drugs alone accounted for more than $11 billion.

Industry analysts had expected a sharp increase in prescription spending due to the addition of millions of newly insured individuals under the ACA, but that group accounted for only $1 billion in new prescription drug spending.

As I reported in November, the Senate Health, Education, Labor, and Pensions Subcommittee held a hearing on the question, “Why Are Some Generic Drugs Skyrocketing In Price?” on Thursday, November 20th.

In February 2015, Sanders and Cummings asked the Office of the Inspector General (OIG) to review the impact that generic drug price increases have on Medicaid.

The Wall Street Journal now reports that the OIG will review price increases between 2005 and 2014.

Will You Wait for the Government to Lower Prices for You?

While it’s great to see the high price of drugs taking center stage in the news and on the campaign stump, does it really make sense to wait for government action to reduce wholesale drug prices?

Any review of government intervention in the pharmaceuticals industry over the past 10 years would make clear that independent pharmacies cannot afford to wait for regulatory action.

And, thanks to TRxADE, you don’t have to.

As a TRxADE member, independent pharmacies can save thousands of dollars on your monthly prescription drug expenditures by spending a little time each day comparing prices and ordering drugs that cost less.

TRxADE has a rock-solid policy of not favoring one supplier over another. Every supplier on TRxADE must pass a rigorous vetting process which holds them to the highest standards of product quality and customer satisfaction.

All suppliers pay TRxADE the same small percentage fee for each purchase you make. This fee is where TRxADE makes its money, and it enables independent pharmacies to enjoy free membership with no service charges for purchases.

If you are one of TRxADE’s more than 3,000 members, and you aren’t realizing the savings you’d hoped for, call our Free Support Hotline at 1-800-805-8705. We will give you the tools and training you need. And, if you’re still having trouble, our concierge service will actually do your price comparisons for you.

Not yet a TRxADE member? Why wait a moment longer? All you have to lose is the money and time you’re wasting. 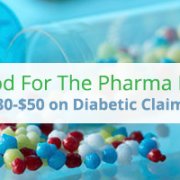 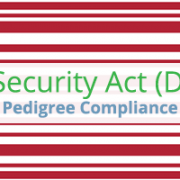 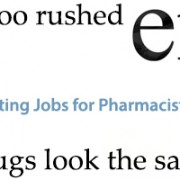 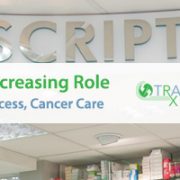 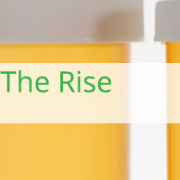 Open facebook page now
Join our Facebook community
In today’s market, who’s on the side of the independent pharmacy?